Much More than Babble

Attention parents: Your baby’s first utterances—dada, mama, gaga—may be more than sweet sounding baby babbling; they may give us a peek at mankind’s earliest avenue into developing spoken languages. At the same time, these sounds enable speech pathologists to better understand typical acquisition in working with children whose speech development is delayed.

According to the research of Dr. Barbara L. Davis, professor of communication sciences and disorders in the College of Communication, and Dr. Peter MacNeilage, professor of psychology in the College of Liberal Arts, baby-babbling patterns are common across many languages around the world. These early vocal patterns echo what speech may have been like in the earliest languages, suggesting there may have been a common origin for speech patterns before humans scattered and new languages and cultures were created thousands of years ago.

Davis came to this conclusion after capturing and analyzing the intricate sounds of babbling infants ranging in age from 6 to 18 months.

“Once a month for three years we’d visit the child’s home and record the babbling noises they made when interacting with their parents,” explains Davis. “A tiny microphone attached to their bib transmitted the sounds to a remote recording device. We wanted to get the microphone as close to the mouth as possible to pick up every sound.

“Hundreds of hours were spent recording every sound and transcribing them into phonetic symbols, which were analyzed on computer.

“In analyzing the babble recordings, we identified four sequences of sound patterns—each a consonant-vowel combination—that were common to baby babble and to first words across a number of different languages,” Davis says.

babble_diagram.gif ¬Illustrated above are the sequences of sound patterns that have been identified, each a consonant-vowel combination.“We’ve discovered all four of these consonant-vowel combinations in our additional studies of Swedish, Portuguese, Korean, Japanese, French, Dutch, Berber (a language spoken in parts of North Africa, especially in Morocco and Algeria) and even in an Ecuadorian-Quichua environment,” Davis says.

“What’s even more intriguing,” she adds, “is that these same consonant-vowel combinations frequently appear in a list of 27 words proposed as being consistent with ancestral languages in different parts of the globe, suggesting that spoken language could have evolved from ‘baby babble.’

“In other words, we have proposed that speech evolved as a result of simple body mechanics, such as the opening and closing of the mouth and movement of the tongue,” says Davis, whose book, “Emergence of the Speech Production Capacity,” is due out late this year.

In addition, Davis’s research could have a significant impact on helping children overcome obstacles to speech acquisition by enabling parents to identify speech delays much earlier and supporting more effective early intervention by speech pathologists. Too often, speech delays aren’t diagnosed until a child is expected to be speaking, and by then valuable time has been lost.

“Learning to speak is one of the most complicated physical actions that humans can perform,” Davis says. “It requires the coordination of more than 70 muscles and many different body parts. Until infants are able to gain control over these muscles and body parts, they start with the simplest, most basic activity: opening and closing the jaw to simulate the speech they hear around them.”

babble2.jpg ¬The stages of speech acquisition are described at <a href=”http://www.asha.org/public/speech/development/lang_lit.htm” target=”_blank”>Language and Literacy Development</a> on the American Speech-Language-Hearing Association Web site.Despite its complexity, the majority of children are able to speak and be understood by age 5. However, for about 10 percent of the children who are delayed in their speech development—such as those who are hearing impaired or those with oral-motor problems—a more proactive approach is necessary to ensure they too can learn to speak and be understood.

“In order to help children overcome speech delay with therapy, we must first understand how speech develops in typically developing babies,” Davis says.

The groundwork for acquiring speech starts as early as 7 or 8 months when infants begin babbling in an attempt to mimic the sounds in their environment. The first words (recognizable to caretakers) emerge between 12 and 18 months, and are usually words that are an important part of the child’s daily life, such as “mama,” “dada,” “milk,” or “dog”—in every language.

“Early, or symbolic, language is context based,” says Davis. “It occurs through familiar routines within the child’s immediate context. So objects and actions that the child sees every day within eating or bathing routines, for example, are the first to get an oral label.

KAMA hold (in the hand)

MANA to stay (in a place)

MENA to think (about)

TIK finger, the number one

?AQ’WA water (Question mark denotes a glottal stop.)“One of the hallmarks of typical baby babble is rhythmicity, meaning all the syllables are about the same length. An example would be repeating ‘ba-ba-ba-ba-ba-ba,’” she illustrates. “Rhythmicity is a pervasive behavior in children and is found across the entire body from rhythmic hand banging on the high chair, to vigorous leg kicking, to sounds in babbling.”

If a child is not babbling by 8 to 10 months, it could be a sign of hearing loss or oral-motor problems, meaning there may be inefficient communication within the areas of the brain responsible for speech production. Other possible reasons for speech delay might include a child having difficulty using his or her lips, tongue and jaw to produce speech sounds.

“If infants aren’t making the same types of sounds as their peers, parents might want to discuss it with their pediatrician to see if a formal evaluation should be done,” she says.

Of course, some children are late talkers.

While genetics is important for a child’s language acquisition, environment plays a role as well. In our child-centered culture, parents are eager to foster a stimulating environment that encourages speech development.

“Ninety percent of communication is non-verbal. Babies use all their senses when acquiring speech,” Davis says. “Hearing, eyesight, the ability to socialize and connect with people, their cognitive abilities—all of these tools are recruited to enable the baby to communicate and eventually form words and connect them with objects and actions.”

Babies respond to “baby talk” and “singing.” Most languages have baby talk characterized by a high pitch and simplified vocabulary, features that may be uniquely tuned to the infant hearing system. Songs and nursery rhymes help introduce children to language while appealing to their affinity for rhythmicity and tonal variations.

While it’s a popular activity these days, sign language does not have any known impact on improving language acquisition.

“Baby sign language is more like signals, such as ‘hello;’ it’s not really ‘language,’” says Davis. “But it’s convenient, it’s fun for parents and it’s a way for them to connect with their child.

“Parents wanting to help their normally developing, hearing baby acquire language can stimulate their baby by talking to them, singing songs, playing games like ‘peek-a-boo’ and reading picture books.”

Ultimately, the majority of children learn to talk at their own unique pace. Davis’s research aims to gain a better understanding of the relationship between how the body develops and infant speech acquisition.

“Over time, we hope to gain a deeper understanding of how infants typically acquire speech so that we can diagnose clinical speech problems as early as possible and treat children more effectively,” notes Davis. In addition, she and MacNeilage are working to build a vocal origins perspective on the earliest beginnings of spoken language by evaluating connections between infants who are producing simple vocal patterns and patterns that have been proposed as potentially characteristic of ancestral speakers.

The award-winning Speech Disorders Clinical Archive CD-ROM, designed by the College of Communication’s Instructional Design Group, is used to augment textbooks and faculty lectures. This first-of-its-kind learning tool enables students in a classroom environment to learn what clients with speech disorders of different levels of severity look like and how clinicians classify clients relative to their severity level.

Shying Away: If you’re shy, it can permeate every aspect of your life, researcher says – 6 December 2004

Department of Communication Sciences and Disorders 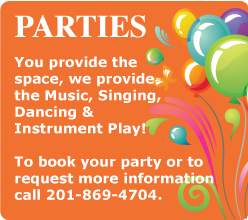